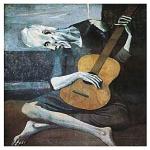 Positive Comments: I perceived and interweaving of two dominant themes with seemingly different bar lengths. Perhaps they were loops. Together they were emotionally evocative for me. Angst, longing, evening were all things I “saw” in the music. It also has a tension which i thought could be used cinematically. I thought it was adventurous.

Constructive Comments: This piece is dominated by strings. Changing some of the parts to instruments like woodwinds, brass, or even bell sounds, would interject some other colors into the piece. I also hear a tremolo effect towards the center of the audio image. I couldn’t figure out if it was an intentional effect or a by product of the interaction between the string themes. It drew my attention at first and I actually didn’t want to continue listening. I was not able to discern the themes until I made a second listen of the whole piece. Perhaps that is what the composer intended, so I won’t say it is right or wrong. But it may be worthwhile to explore changing that.